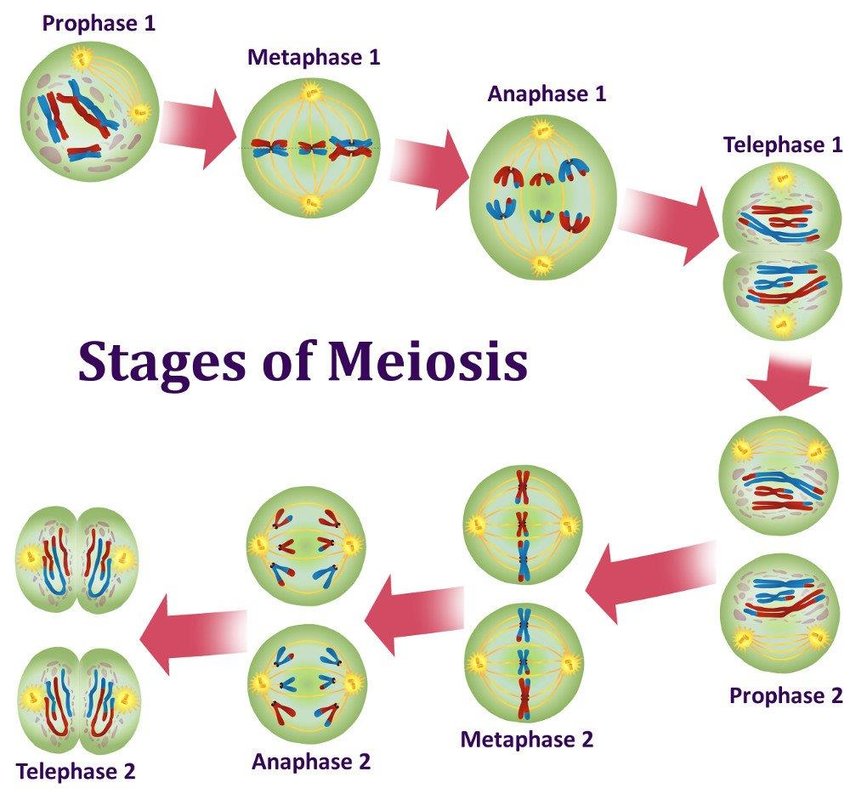 Meiosis describes the process of cell division by which gametes are formed. In this process, we start with a cell with twice the normal amount of DNA and end up with 4 non-identical haploid daughter gametes after two divisions. There are six stages of Meiosis within each of the divisions, namely prophase, prometaphase, metaphase, anaphase, telophase, and cytokinesis. In this article, we will look at the stages of meiosis and consider their importance in disease.

To further increase genetic diversity, homologous chromosomes swap small parts of themselves, so that one chromosome contains both maternal and paternal DNA. This process is known as crossing over, and the points where this occurs on a chromosome are called chiasmata.

Here, each of the homologous chromosomes is drawn to opposite poles of the cell as the spindle fibres retract. This equally divides the DNA between the two cells that will form.

Telophase I and Cytokinesis I

During telophase, I, the nuclear envelope reforms and the spindle fibres disappear. In cytokinesis I, the cytoplasm and the cell divide result in two cells that are technically haploid: there is one chromosome and two chromatids for each chromosome (2c, n).

These stages are identical to their counterparts in meiosis I. 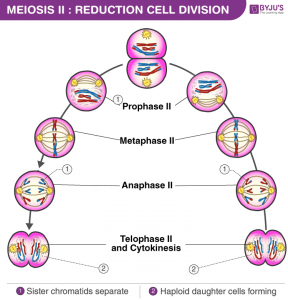 Sister chromatids are then attracted to opposite poles of the equator.

This stage is the same as telophase I.